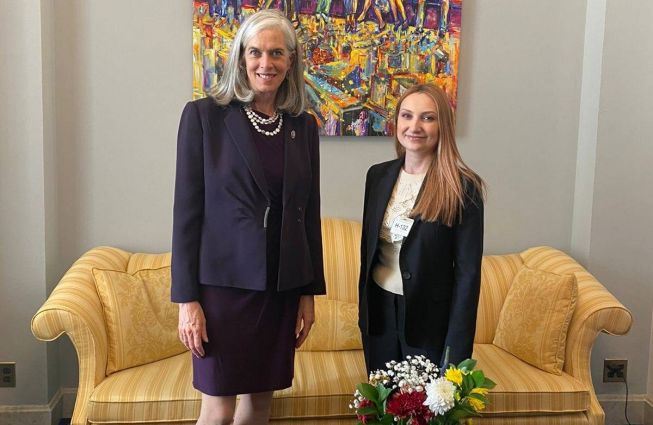 On October 26th Lilit Makunts, Ambassador of the Republic of Armenia to the Unites States of America, met with Assistant to the Speaker of the House Representatives, Congresswoman Katherine Clark (D - Massachusetts). Katherine Clark is a member of the House Appropriations Committee, one of the most important committees.
Ambassador thanked Congresswoman for her continuous support to the issues concerning Armenia and Artsakh. In her turn, Congressman Clark highly assessed the role of Armenian-Americans in strengthening bilateral relations.
Ambassador presented the situation in Armenia due to COVID-19 and briefed about the preventive steps implemented by the Government of Armenia.
During the meeting interlocutors discussed issues aimed at further deepening of Armenian-American inter-parliamentary cooperation. In this regard Congresswoman Clark expressed readiness to make efforts towards promoting the cooperation between the legislative bodies.