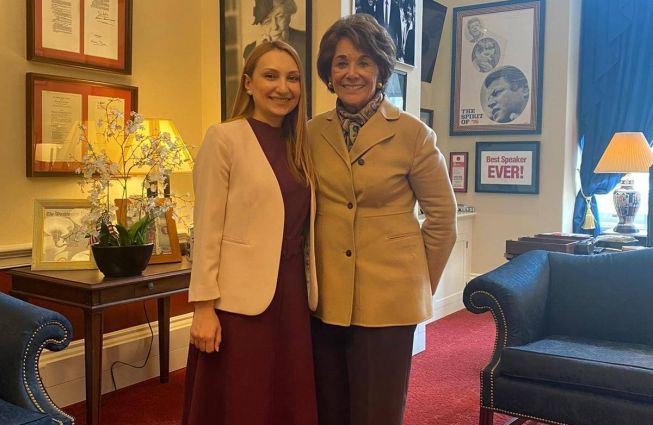 On October 28th Lilit Makunts, Ambassador of the Republic of Armenia to the Unites States of America, met with Congresswoman Anna Eshoo (D - California), Member of Congressional Caucus of Armenian Issues.
Ambassador Makunts presented the five-year program of the Government of the Republic of Armenia, in particular, the foreign policy priorities, as well as the commitment to the implementation of the democratic reforms.
The interlocutors discussed the current situation in Armenia caused by the coronavirus, in that regard Ambassador thanked Congressman for her efforts and support to Armenia in fight against the pandemic.
Congressman Eshoo expressed her concern over the situation followed by the 44-day war unleashed by Azerbaijan against Artsakh and support to the Armenian people in overcoming the created challenges.