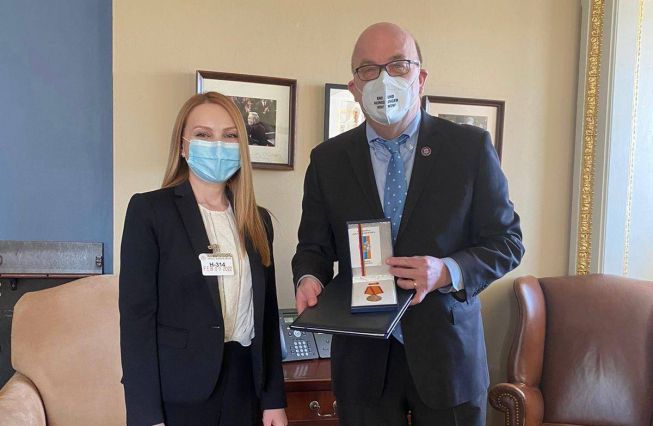 On February 9th Lilit Makunts, Ambassador of the Republic of Armenia met with Chairman of House Committee on Rules, Congressman James McGovern (D–MA).
Ambassador Makunts expressed her gratitude to Congressman for his constant support to the issues related to Armenia and Artsakh and handed over “Mkhitar Gosh” State Award to Congressman on the occasion of the 30th anniversary of the establishment of diplomatic relations between Armenia and the United States.
During the meeting, the security and humanitarian situation in the region after the 44-day war was discussed and stressed the need for the immediate return of Armenian prisoners of war.