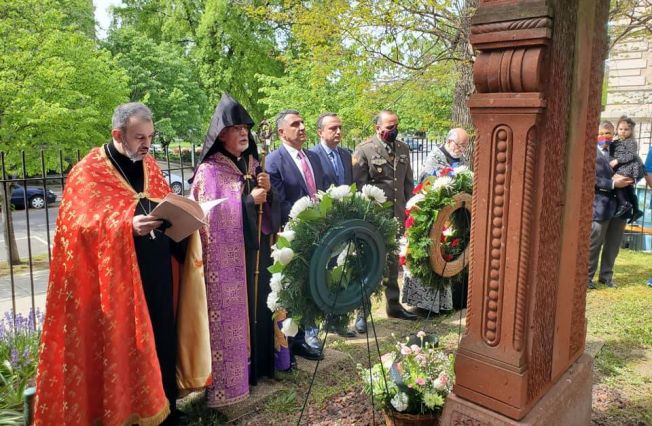 
On April 24, at the premises of the Armenian Embassy in Washington DC a Commemoration event was held paying tribute to the memory of the Martyrs of the Armenian Genocide.
Religious leaders, representatives of the Armenian-American community, US former Ambassadors attended the event.
The event started with a prayer followed by a wreath laying ceremony.
H.E. Varuzhan Nersesyan, Ambassador of the Republic of Armenia to the USA in his remarks highlighted the importance of the recognition of the Armenian Genocide as the most effective means of preventing future genocides. Ambassador Nersesyan recalled the Resolutions passed by the US Congress back in 2019 and expressed his profound gratitude to President Biden for his steady efforts through years for the Recognition of the Armenian Genocide which was clearly reflected in his statement on April 24.
share:
MFA RA
official website
Dual citizenship
Electronic visa
Visa applications