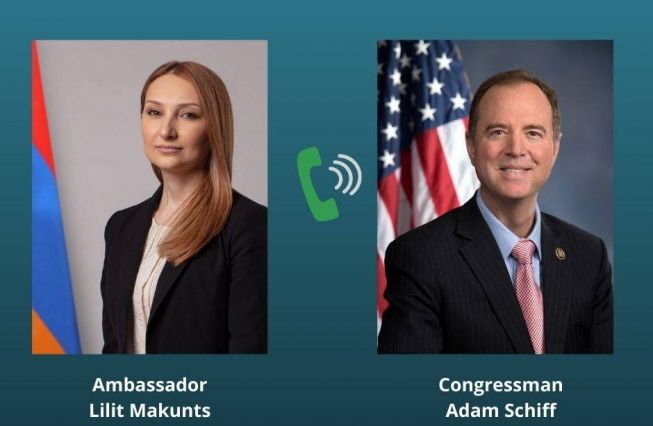 On September 29th Lilit Makunts, Ambassador of the Republic of Armenia held a virtual meeting with Congressman Adam Schiff (D–CA).

Ambassador expressed her gratitude for Congressman’s continuous support and commitment to the issues related to Armenia and Armenian people. She also extended gratitude for the recent amendment co-sponsored by Congressman Schiff and other colleagues to be included in the National Defense Authorization Act Bill 2022․

Ambassador Lilit Makunts presented the security issues after the 44-day war and in that context emphasized the establishment of lasting and sustainable peace in the region through the comprehensive settlement of the Nagorno-Karabakh conflict under the auspices of the OSCE Minsk Group Co-Chairmanship.

In that regard Congressman Schiff expressed his determination and readiness to continue his efforts on overcoming the security and humanitarian challenges Armenia is facing.

Interlocutors stressed the need for unconditional repatriation of Armenian prisoners of war and captured civilians held in Azerbaijan.